Source: Nasdaq.
(1) Including the free share grants held in registered form by employees and still subject to a lock-up period.

Changes in the breakdown of share capital and voting rights over the last three years:

(1) Acting on behalf of its managed funds.
(2) This figure includes the shares held by employees in an account with Société Générale as a result of free share awards, in accordance with French Act no. 2015-990 of August 6, 2015 on growth, business and equal economic opportunities.
(3) First Eagle Investment Management made its declaration on September 25, 2015 having gone through the statutory threshold of 2.5% of the capital of the Company, owning as of September 17, 2015, 2.5 % of the capital and 1.8 % of the voting rights. This threshold resulted from the acquisition of 100,000 Sodexo shares as at that date.

The members of the Board of Directors together directly held less than 0.5% of the Company’s share capital. 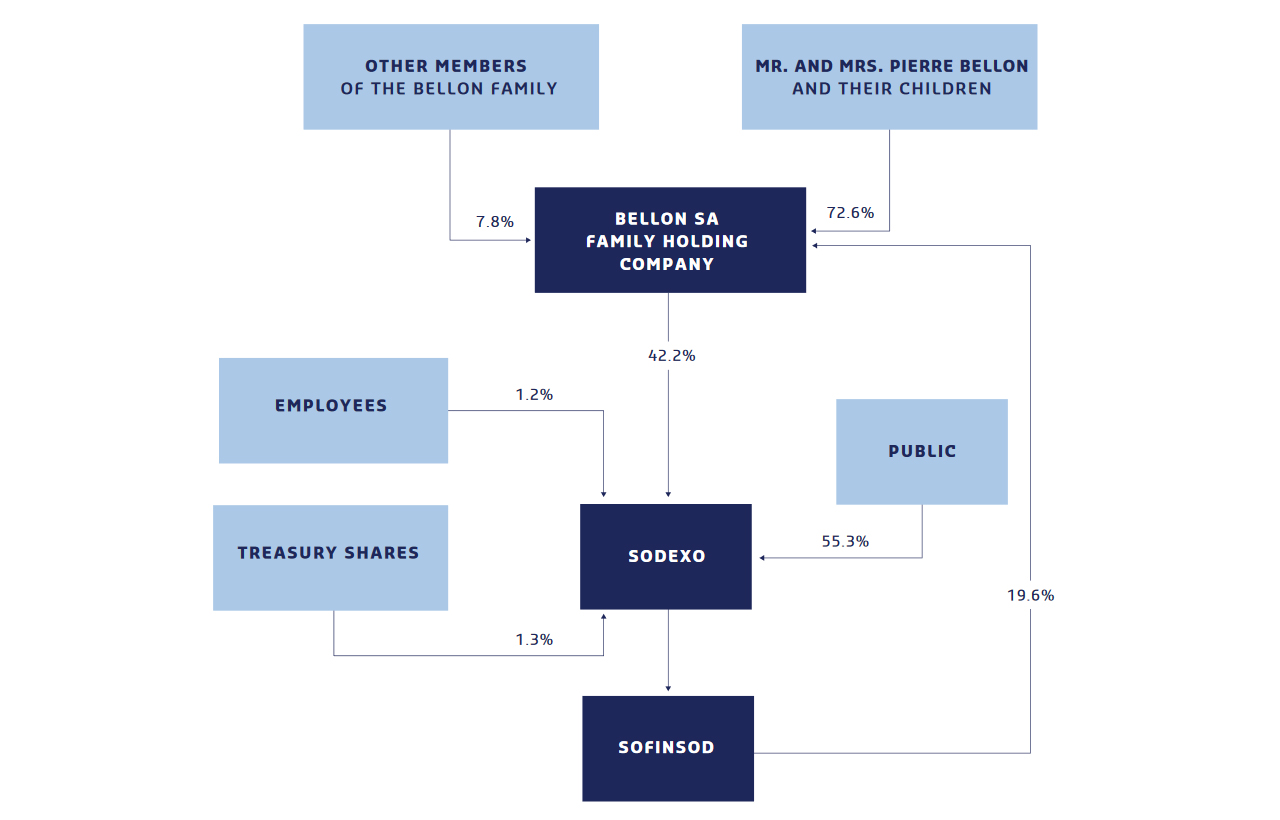